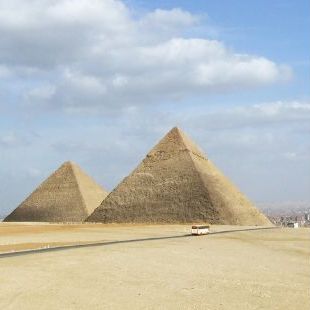 “The woman conceived and bore a son; and when she saw how beautiful he was, she hid him for three months.” (Exodus 2:2) I love the story of Moses. I love his birth and all the depth missing from the black and white text that’s un-earthed by the rabbinic tradition and the various commentaries. Take this verse specifically. What parent hasn’t looked at their newborn baby in awe and remarked at just how beautiful that baby was? The reality is that’s the response all of us tend to have when holding a new baby.

The other day as Galit and I were walking into the house, some neighbors were pushing their new infant in a stroller and Galit said “he’s so cute.” She couldn’t see the baby since she said it before the baby was even remotely visible. In fact, we didn’t know if it was a “he” or a “she.” But nevertheless, Galit recognized that babies are, indeed, cute and so she said he was cute. This’s why I’ve always wondered about this wording in the Torah… of course the new born baby was beautiful.

It’s important to see this translation is not a perfect one. The term “beautiful” is not even in the text. The Hebrew is וַתֵּ֤רֶא אֹתוֹ֙ כִּי־ט֣וֹב ה֔וּא, which literally means “and she saw him that he was good.” The rabbis picked up the last three words, כי טוב הוא, and knew we had heard those words before at the beginning of another book. In this case, it was the book of Genesis and the creation of the world. At the end of each day, God would look and see the creation and say כי טוב – it is/was good. The very first item God did this with was… light. וַיַּ֧רְא אֱלֹהִ֛ים אֶת־הָא֖וֹר כִּי־ט֑וֹב/And God looked at the light and it was good. The rabbis thus put these two things together and recognized it wasn’t that Yocheved (Moses’ mother) saw a beautiful baby, but rather that the room was filled with light. The light that filled the room was good because it meant redemption was a possibility and that a new age was being born. The light that filled the room was one that represented hope in a future. There is so much more to this in terms of how Moses’ sister, Miriam, had prophesized her parents would bring a redeemer into the world that would get the Israelites out of slavery. All of this is from various textual interpretation and it’s something that paints a deeper story than the one we read and learn at first glance.

I’ve always been drawn to the title of Halina Birenbaum’s book about her experience during the Holocaust, Hope is the Last to Die. This is something each of us needs to be more appreciative of in our lives. When all else is lost, we can still rely on hope. When we’re hanging by a string, we can still look and see that things can change. During the years of the slave trade in the US, African Slaves wrote songs and gathered each night to sing and reflect and share in togetherness in spite of the brutality they endured each day. In the barracks of Auschwitz and other camps, Jewish inmates woke early to pray in the morning, fasted on Yom Kippur and found ways to observe Passover. This was because, in spite of the awful lives they were living, and the inhumanity they were suffering, they still believed things could return to normal. Because hope is the last to die. This is true on the global and individual level. We can look for the big items and can also apply this to our daily struggles. Each of us has the ability to find the light and to see the light is real and can one day be given to us.

This week, we celebrate Galit’s third birthday. She was born on this Parsha and so it’s even more relevant this year that we chose Batya as her middle name. Batya was the name of Pharaoh’s daughter who rescued Moses from the river and adopted him. We chose to name her Batya to reflect how we adopted her as well. We spent years in the pursuit of another child. We spent years of heartbreak of miscarriages and failed IVF cycles. We traveled the world to have another child. We did everything and kept having doors slammed in our faces (in a figurative way). So many times, it just felt right to give up on our hope in having a second child. We grieved and then months later began to talk again about what we could do to realize this hope… this dream. That hope was what brought us to meet with an adoption attorney and then with a social worker. That hope is what kept us going every day as we longed for this hope to be realized. We never gave up on this hope. It couldn’t die because with it would have died our entire way of seeing the world.

When I received the call about a baby for adoption on January 14, 2020, I was shocked and relieved and delighted all at one time. After some time of talking, Carrie and I said yes to our future and told Ayelet her hopes and dreams had come true… she was going to be a big sister. On January 15, 2020 we left our house in Tampa and drove to Celebration, FL and picked up our daughter, Galit Batya, from the hospital. As we drove home as a family of four, Ayelet just stared at the car seat next to her and you could just see the love in her heart and eyes. We never lost hope. Our life had light, and that light was magnified time and again. It was ultimately on that night, when we went into that hospital room, that we saw the blinding light of hope was realized and indeed it was beautiful and it was good.

Happy Monday! What are YOUR intentions this week

We are so grateful to our JFF community of support